The newest 160cc segment entrants are ready for the best.

It’s always interesting to see what motorcycle manufacturers can do with an entirely new platform. Built from the ground up, the Bajaj Pulsar N250 and F250 ushered in a new era for the popular Pulsar brand. As expected, Bajaj followed these bikes with another motorcycle, albeit with a different engine.

The Bajaj Pulsar N160 is essentially a Pulsar N250 with a smaller displacement engine, a 164.82cc, air-cooled and oil-cooled single-cylinder engine to be precise. It is Bajaj’s main contender in the competitive 160cc segment. Does it have what it needs to survive and thrive?

First, let us tell you that we rode a top-spec Pulsar N160 with dual-channel ABS. It’s available in this unique Brooklyn Black color and features a Pulsar 250’s 37mm telescopic fork. The lower single-channel ABS-equipped variant is available in three colour options and features a smaller 280mm front disc and thinner 31mm diameter fork. These are very significant differences, and they greatly diminish the appeal of the base model.

The Pulsar N160 engine is independent of the existing Pulsar NS160 mill. In fact, this engine was in development at about the same time as the Pulsar 250’s engine. It has a long-stroke configuration with a simple two-valve head that produces 16hp and 14.7Nm of peak torque. Those numbers aren’t class-leading, although it’s pretty close to the top motorcycles in the segment. Of the claimed engine output figures, only the RTR 160 4V and the NS160 surpass the N160. However, there is also the fact that at 154kg, the N160 is the heaviest bike in the segment.As you can imagine, with a power-to-weight ratio of 103.89 hp/ton, the same With 119.86 hp/ton of RTR, the Pulsar N160 is already at a disadvantage. But this is only on paper.

In the real world, the engine is remarkably smooth, with plenty of torque and decent top-end performance. Especially the low and mid range between 4,000 and 7,000 rpm is very good. You can be as lazy as a sloth, put the transmission in 5th gear and drive 30-35 km/h in the city without the engine showing any signs of protesting. From this point on the gas pedal, the bike pulls cleanly, albeit at a slow pace. However, if you need to overtake quickly, you’ll have to drop a gear or two. Not that you would mind that, as the transmission is smooth and the light action of the clutch lever will make getting up and down gears a breeze.

All in all, the excellent handling of the N160 engine will naturally make those graduating from 125cc-150cc motorcycles feel right at home.

There’s no shortage of high-end performance either, with the bike holding a steady 80-90km/h without feeling or sounding jittery. Driving at 100 km/h does not cause the engine to sweat. Since then, however, performance has begun to fade as the digital speedometer climbs to an indicated top speed of around 120 km/h. At this point, the revs are also very close to the redline, again indicating that the engine is hitting its performance ceiling.

Overall, the N160’s engine is the star here, and I’m a fan of its raspy exhaust note.

The benefits of platform sharing are evident in the way the N160 rides and handles. It has the same frame, suspension, wheels and brakes as the Pulsar N250. So it’s no surprise to see the N160’s high-speed stability and robustness around corners. 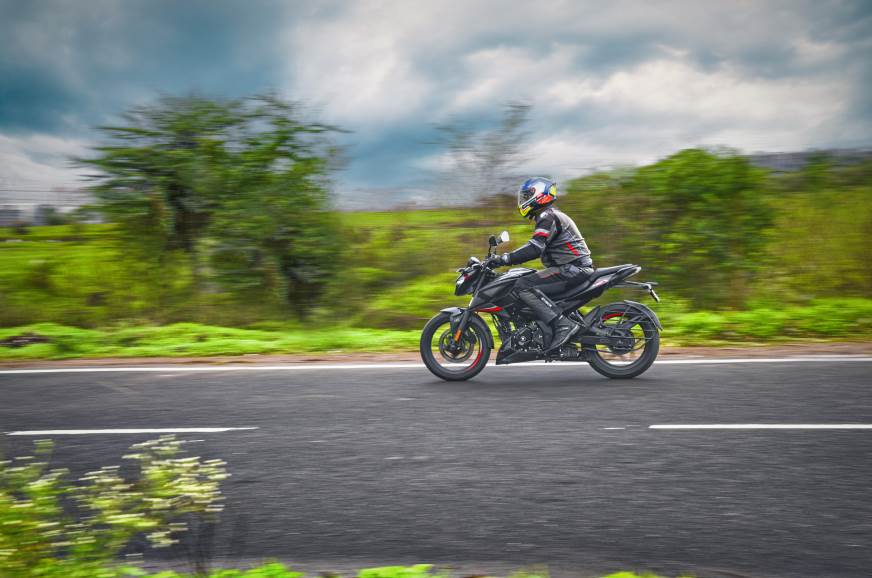 Ride quality is excellent, but not as luxurious as the N250, although the suspension is identical, right down to the spring rates. The rear can feel a gentle but clear firmness while riding, especially when riding over the sharp edges of potholes. Note that we did not modify the stock preload settings; furthermore, the N160 is about 8kg lighter than the N250. We think ride quality should improve once the preload is properly adjusted and the rear seats hop into the car.

As for the brakes, the Grimecas are my new favorite in this segment, as they provide strong bite and progression with plenty of feedback through the levers.

Like the chassis, the N160 has the same body as the N250, which is definitely not a bad thing. The headlight covers, the sculpted fuel tank and its extension or the way the sides and rear merge are design highlights. Then there are the floating panels on the front fenders, and the frost effect inside the LED taillights on the black chrome 3D Pulsar emblem shows Bajaj’s attention to detail. The cherry on top is an exclusive colorway that this variant wears, making it even more appealing. 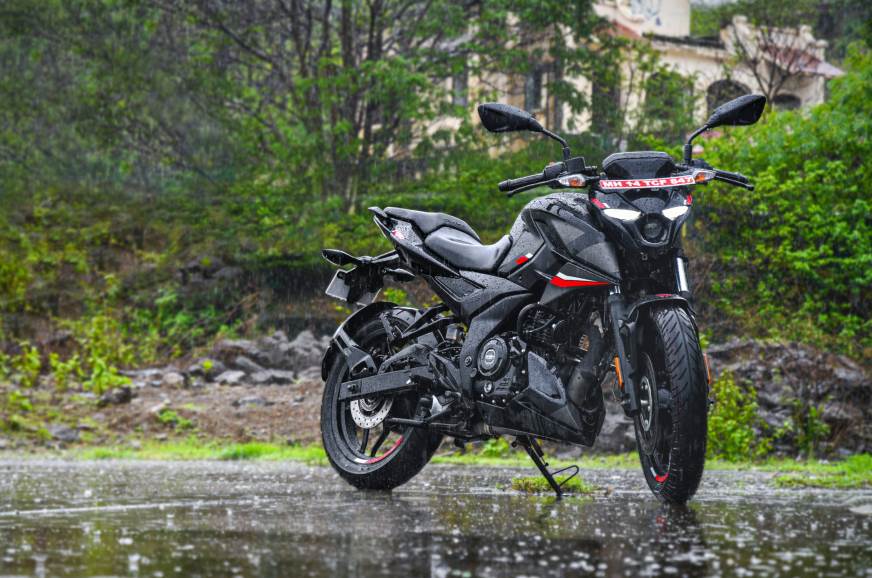 The overall quality and level of finish is generally good, but I wish Bajaj would have paid more attention to the touch points in a few places. For example, the switchgear is ok, but the handlebar grips look shiny and cheap. 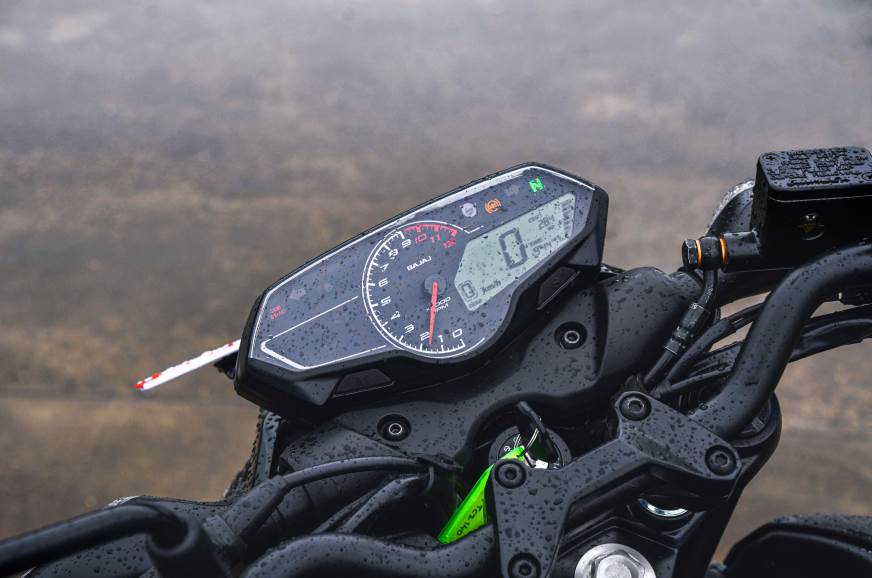 As for the rest of the equipment, the bezel-less analog-digital instrument cluster is the same as the N250, showing useful information such as distance to empty. That being said, the lack of Bluetooth connectivity or navigation should be considered by Bajaj in the next round of updates — though not a deal breaker just yet.

Bajaj has set out to compete in the 160cc segment again, all guns blazing, and after first encountering the Pulsar N160, we can say they came up with something interesting and impressive.

I would say that the Pulsar N160 was built specifically for the best 160cc motorcycle out there, the TVS Apache RTR 160 4V. So much so that they all fall within the same price range. Which of these is the better motorcycle is a comparison test we can’t wait to run. 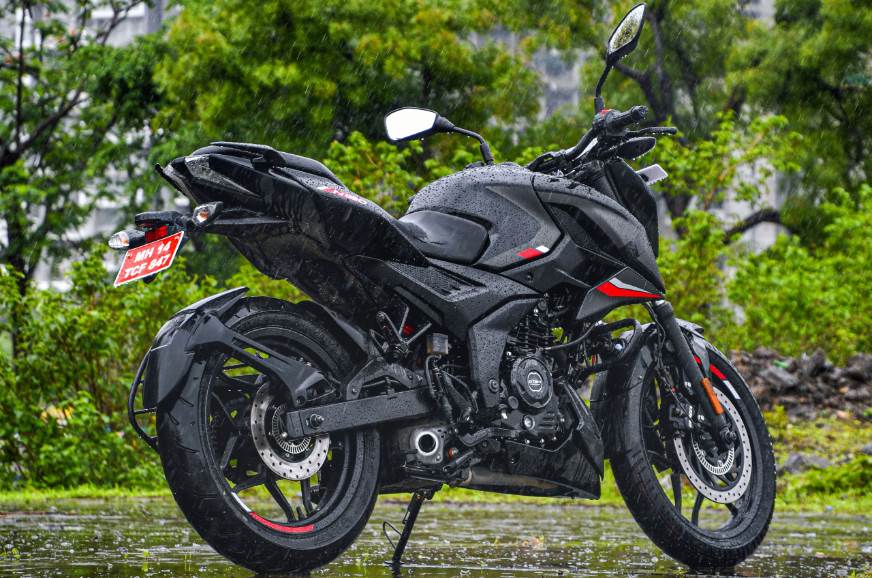 For now, if you’re considering buying the N160, we recommend you skip the Bajaj single-channel ABS variant and stretch your budget by Rs 5,000 to Rs 127,000 for the Pulsar N160 with dual-channel ABS. This is a place to put your money.

We are in the process of filing our draft prospectus: Pepperfry COO